Conflicting Stock Market Signals? Here’s What To Should Do

What should I do when the stock market gives me conflicting signals?

You’re always going to have conflicting signals if you’re a discretionary trader and use technical or fundamental analysis.  This is why I trade systematically, because if you’re a discretionary trader, then you wake up in the morning and the first thing you hear on the news is that there’s some financial crisis happening somewhere in the world or some company going bankrupt. You trip over the cat and you bang your head on the way to the kitchen, have an argument with your spouse, you’re going to be feeling pretty negative about the world by the time you sit down in front of your computer and do your trading analysis.

If you’re feeling negative, you’re going to be looking for sell signals or for shorting opportunities. All of those events have nothing to do with what the market’s going to do today. Similarly, you could have had an amazing night sleep, have a great morning with your family and you’re feeling positive about the world. When you sit down and looking for shit to buy because you know the world’s great, your feeling has nothing to do with the market. No matter which way you feel, that’s going to skew what you see in your indicators. The only real way to get past this is to adopt a systematic approach that takes your emotions out of the game. By having a set of rules that you have back-tested and you follow these rules consistently over time, then you would consistently make money. If you have that, then you don’t need to worry about what all the other indicators are doing. If you just follow these particular rules consistently over hundreds or thousands of trades, that will make money and that’s what you do. To eliminate the conflicting signals or indicators are saying, the answer is systemize. You just have to have a trading system like a set of rules that says if A and B and C happened, you’d buy. If B or E happened, you’d sell. That’s how you eliminate it, then ignore all the other information because you’ve got your rules. You’ve back-tested them over 30 years, you’ve got thousands of trades of history with those rules and know they’re profitable so you don’t have to look at all of the other indicators., That system works so you follow it then you can go and find another system that works and follow that. You can have all of these systems in one portfolio and you don’t have to worry about some indicators saying buy or sell because you’ve got systems you’re following instead of individual indicators that you’re trying to line up. There are always things that are screaming buy or sell and overbought or oversold, it just depends on exactly which indicators and settings you’re using. You need a system and you need to back test it and that eliminates the problem.

Want To ACCELERATE Your Trading?

Get specific ideas to improve your trading, shorten your learning curve start getting better results today... no matter how you are trading. Enter your details below to get started! 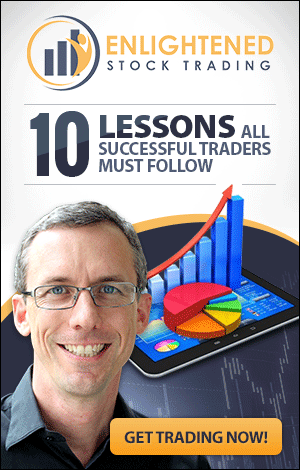