Stock trading systems are an incredibly powerful way to profit from the stockmarket. Some of the more robust systems can be applied to several stockmarkets with little to no modification (giving you global diversification and profit potential with very little effort).

Built the right way, your system should be rock solid and make you money well into the future. BUT, build it the wrong way and you will face certain losses.

What Are Stock Trading Systems?

A system is a complete sets of rules which defines every aspect of how you enter and exit the financial markets and manage risk. Your system should generate a positive expectancy – which means that over many trades you will make more money than you lose after accounting for the costs of commissions and slippage.

Human emotion is the largest cause of mistakes and losses in trading. System trading works because the rules remove human emotion from trading, allowing you to make consistent and profitable decisions. This is explained further below.

Most people will be familiar with the 4 core system components which are:

But in reality, there are 12 trading system components that you need to consider when designing your system. These components are shown in the diagram below:

There are 12 trading system components in a complete system.

The system development process is critical if you are to build a profitable approach to the markets. Following the right process will quickly give you a system that is profitable and stable into the future.

Following the wrong process (or worse – no process at all) will be time consuming and will ultimately result in you losing money if you ever get to the point of actually trading.

The process is the same regardless of whether you are designing a stock trading system, a futures trading system or a forex trading system. There are 4 steps after you have chosen your trading strategy and set your goals:

Why Does Systems Trading Work?

Unfortunately much of the trading industry is set up to enrich itself rather than to make traders profitable. The profit drivers for the industry are often opposite to the trader’s profit drivers. In fact, I believe that self-directed systems trading is the best way to overcome the conflicts of interest in an industry which is set up to extract as much money as possible from you as a new trader before you either blow up or leave the game.

Systems trading is also the best and fastest way to overcome the psychological problems that prevent most traders from becoming profitable. Purely mechanical trading systems are the best way to achieve this because they leave less room for trader psychology to impact trading profitability.

Most traders lose money because their decisions are impacted by a range of psychological biases which cause them to trade poorly. Many of these biases serve you well in other areas of life, but are the exact opposite of what you need for successful trading.

For example, when we start school at an early age we begin receiving positive feedback whenever we get the right answer. In most people this creates a desire to be right in all areas of their life (this may or may not be conscious). In many cases our sense of self worth is attached to being right more often than some arbitrary level (such as 80%) so that we feel ‘smart’. However…

In successful trading being right is not actually that important!

In fact, a good trend following stock trading system could be wrong 70-80% of the time and still make huge amounts of money. This is because it is not the percentage of winners that drives trading profitability.

The subconscious focus on being right does not help you become profitable. Instead it causes you to hang on to losers longer than you should in the hope that they become winners. This increases the size of your average loser.

You also end up closing winning trades quickly to ensure you were right on the trade. This makes the average winner small relative to the losing trades.

There are many such biases, but a well designed and executed systems trading program will help you overcome these and become a profitable trader. If you are keen to learn more I suggest you explore my recommended Trading Books to find the right resources for you.

You may have heard the term ‘Mechanical Trading Systems’. This term is used because systems leave zero room for trader discretion and emotion. Mechanical systems are discussed in more detail here.

There are many different trading systems that actually work. The types of systems below all work when developed properly. I have provided links to two with further information to help you along:

As you go through this process, Always Remember:

The best trading systems are the ones you develop to suit your personality, beliefs, and objectives

I recommend you now begin to document your trading plan (if you haven’t already). Documentation of your complete trading plan is one of the key differentiators between successful and unsuccessful traders! 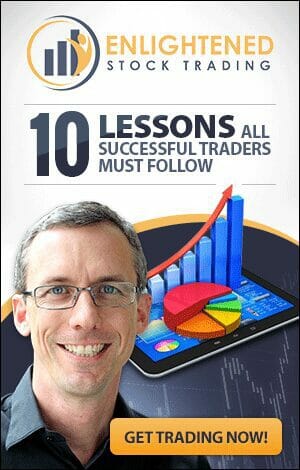